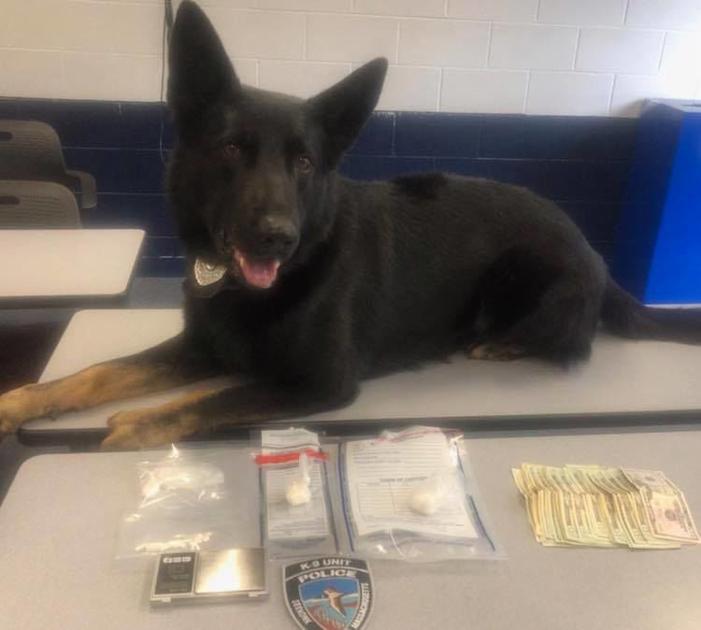 Posted at 06:28h in Fentanyl, First Responders by admin

SEEKONK — Police say a Connecticut man arrested after a traffic stop on Route 6 was trafficking women for sex at a local motel and supplying them with drugs.

Sampson was stopped for a license plate violation by K-9 Sgt. Adam Laprade just after 11 a.m. Monday on Route 6, near the intersection with Fall River Avenue, according to court records.

Sampson, who was driving a 2018 Alpha Romeo SUV and had just left the parking lot of the Quality Inn, appeared nervous and his hands were shaking, according to records.

A subsequent investigation, with the help of Laprade’s K-9 partner Mattis, uncovered plastic bags containing suspected fentanyl and prescription pills along with a digital scale and a hot plate, according to records.

Police say that while they were conducting their investigation, Sampson received a text message that said, “I need 8,” which they said indicated a request for narcotics.

Police went to the Quality Inn where Sampson had rented two adjacent rooms and found three women, ages, 28, 29 and 32, in one of them. The women were from Connecticut, according to records.

One of them gave a statement to police and said she was a drug addict and that Sampson was “pimping her out,” according to a report filed by Seekonk Detective Charles Mello. Mello is assigned to the U.S. Homeland Security Investigations Human Trafficking Task Force out of Providence.

The woman said she met Sampson in Connecticut and he has been taking her and “a group of two to three other girls from Connecticut to Rhode Island and then Massachusetts to conduct prostitution,” Mello’s report stated.

The woman told police Sampson keeps all the money and that she and the other women sometimes “go for days without eating.” She said she sometimes hides money from Sampson to pay for food, according to the report.

The woman said she was addicted to fentanyl, which Sampson supplies, and that he “uses her addiction to fentanyl to keep her involved in prostitution, indicating that if she does not prostitute herself that Sampson would stop the flow of fentanyl,” according to the report. She told police that after leaving Seekonk, “Sampson was going to move her and the other girls to Fall River to work that area and eventually to the Boston area,” according to the report.

Sampson was charged with trafficking in more than 10 grams of fentanyl, possession with intent to distribute Class E pills, deriving support from prostitution, trafficking a person for sexual servitude and a civil violation of improperly displaying a license plate.

If convicted, he faces up to 20 years in prison.