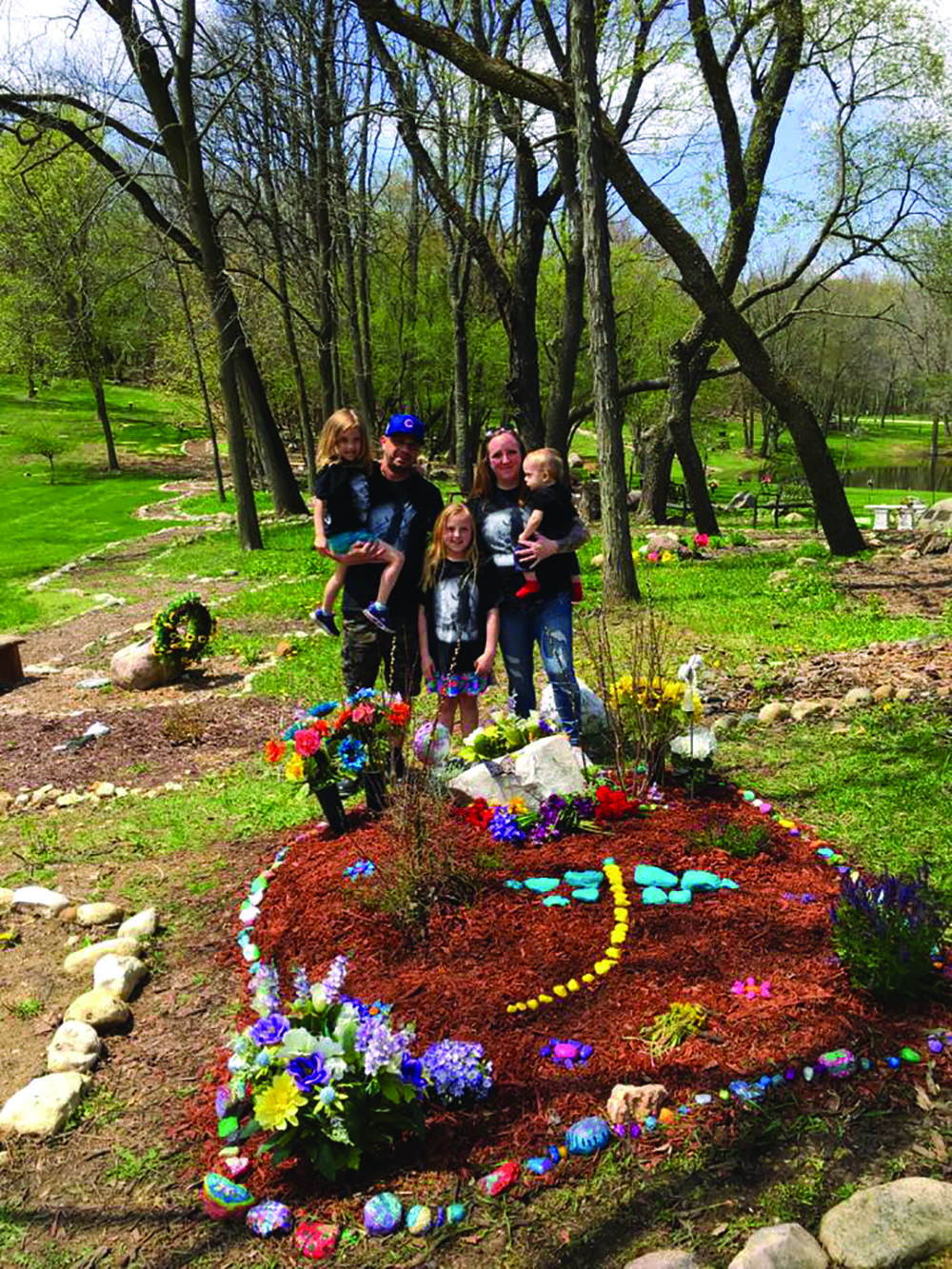 Posted at 16:36h in Fentanyl by admin

Sarah Peters had “the talk” with her daughter Rachel Ramirez about the dangers of drugs. And not just a talk, but an ongoing conversation.

Rachel was honest with her mother. Long a sufferer from anxiety, Rachel smoked pot to ease her worries.

One year ago, on the day after Mother’s Day, Rachel overdosed on a Xanax pill that was laced with fentanyl.

The 22-year-old boyfriend who gave her the Xanax before they both went to sleep woke up to find Rachel unresponsive. Jacob Reis pleaded guilty to felony possession with intent to deliver. On March 21, he was sentenced to four years in prison.

Reanna Salas, age 19, was charged with unlawful delivery of a controlled substance and drug-induced homicide. Salas pled not guilty and is due in court on May 29.

The key ingredient in Rachel’s death was fentanyl. Although Peters knew to warn Rachel about heroin, “we didn’t hear about fentanyl,” she said.

Fentanyl is a synthetic opioid that can be taken alone, cut in with other drugs such as marijuana or heroin, or made into a pill that looks like a prescription opioid.

According to the National Institute on Drug Abuse, 59 percent of opioid-related deaths in the United States in 2017 involved fentanyl, compared to 14.3 percent in 2010.

Users see marijuana and prescription medications as safe; the presence of fentanyl makes them deadly.

“Your life is at risk,” Peters said. “One time now will kill you.”

A family friend who is a runner dedicated her season to raising money in Rachel’s name. In part, irunforrachel paid for Rachel’s dedication stone in Windridge Memorial Park in Cary.

“Rachel and her friends used to walk through there after school,” Peters said.

The remainder of the money was donated to Live4Lali, an Arlington Heights-based nonprofit that works to prevent substance abuse disorder, provide recovery, and prevent overdoses.

With the money, Live4Lali has purchased fentanyl test strips that will be provided for free to people who are addicted to illegal substances. The test strips indicate whether fentanyl is present in a substance so that precautions can be taken.

“In their intense grief,” said Laura Fry, Live4Lali’s director of Patient and Family Services, “this family has made it their mission to try and ensure that no other family has to face what they are facing.”

“Maybe I can get kids who are using to carry fentanyl strips,” Peters said.

On the day of Rachel’s death, her half-brother Vinnie was just 10 days old.

Peters said she lay in bed for three days, broke out in hives, and stirred only to nurse Vinnie. Family members and friends took care of Vinnie and brought Peters food, encouraging her to eat so she could continue to nurse.

Rachel’s half-sisters were just 4 and 7.

“It’s hard for her to understand,” Peters said of Cecilia, the then-4-year-old.

“Why can’t we just join Rachel in heaven?” Cecilia asks her mom.

Rachel was a shift manager at a Starbucks in Barrington. When she would come home late at night after closing up, 7-year-old Abigail would wake up and demand, “Where’s my kiss?”

Now, a song on the radio that reminds Abigail of Rachel causes her to burst into tears.

The girls are going through a phase of wanting to listen to songs that were played at Rachel’s funeral, and they both go to a grief group at Willow Creek Church once a week. “They seem to enjoy that,” Peters said.

Some of Rachel’s girlfriends come over to paint the girls’ nails, do their hair, or bring them candy, Peters said, for which she is very grateful.

This summer, Cecilia and Abigail will go to Camp Courage for children and teens who are grieving the loss of a loved one.

“It’s torn me apart,” Peters said. She finds it hard to sleep at night and tries to cry only when she’s alone – in the shower or in the car.

“Rachel was amazing,” Peters said. “She always wanted to do something different.”

Rachel graduated from Cary-Grove High School, where she played the flute, and was involved in cheerleading and poms. She drew and journaled, loved Stevie Nicks and Bob Marley, and doted on her two cats.

At Reis’ sentencing, the number of victim impact statements totaled 19.

“She changed her co-workers’ lives, her friends’ lives,” Peters said.

“She never judged. She was supportive. She would admit when she was wrong and would make people feel good about themselves. She tried to love everyone.”

While working, Rachel was making plans to go to college. She and her mother had conversations about what she might study. Peters had encouraged her to take business courses that would tie in with her work at Starbucks.

Rachel had applied for a college loan to help with expenses. The loan approval letter appeared in Peters’ mailbox on the day that Rachel was cremated.