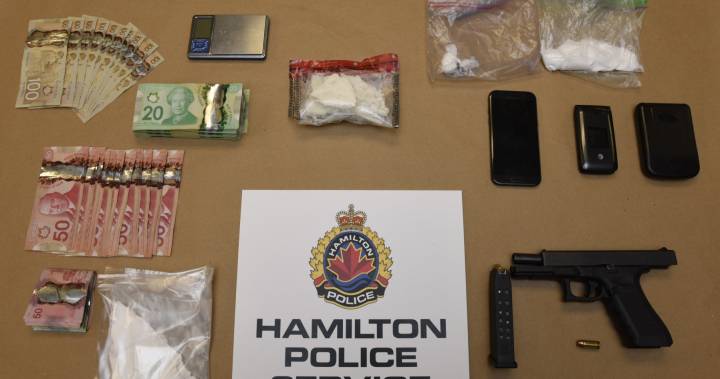 Posted at 13:32h in Fentanyl, First Responders by admin

Hamilton police have arrested two people following an investigation on the East Mountain.

Shortly before 7 a.m. on Wednesday, police were called to a disturbance at a townhouse complex on St. Andrews Drive, near Quigley Road, after receiving information that a man possibly armed with a gun was inside the residence.

When officers arrived, the man tried to flee on foot but was tasered before being arrested.

Police say they found him in possession of fentanyl and heroin.

During their investigation, police determined that drugs were allegedly being sold from two of the units in the townhouse complex.

They executed search warrants and seized a loaded handgun, a large quantity of drugs and over $8,000 in cash.

Kimani Salim Clarke, 23, of Toronto and Crystal Murray, 38, of Hamilton are facing multiple drug and firearm-related charges, including unauthorized possession of a firearm and possession for the purpose of trafficking cocaine.

The area was closed off for hours on Wednesday during the police investigation.

HPS has secured two residences in the Quigley Rd and Nicklaus Dr area as part of an ongoing investigation. The situation is contained but we continue to ask the public to stay out of the area. #HamOnt