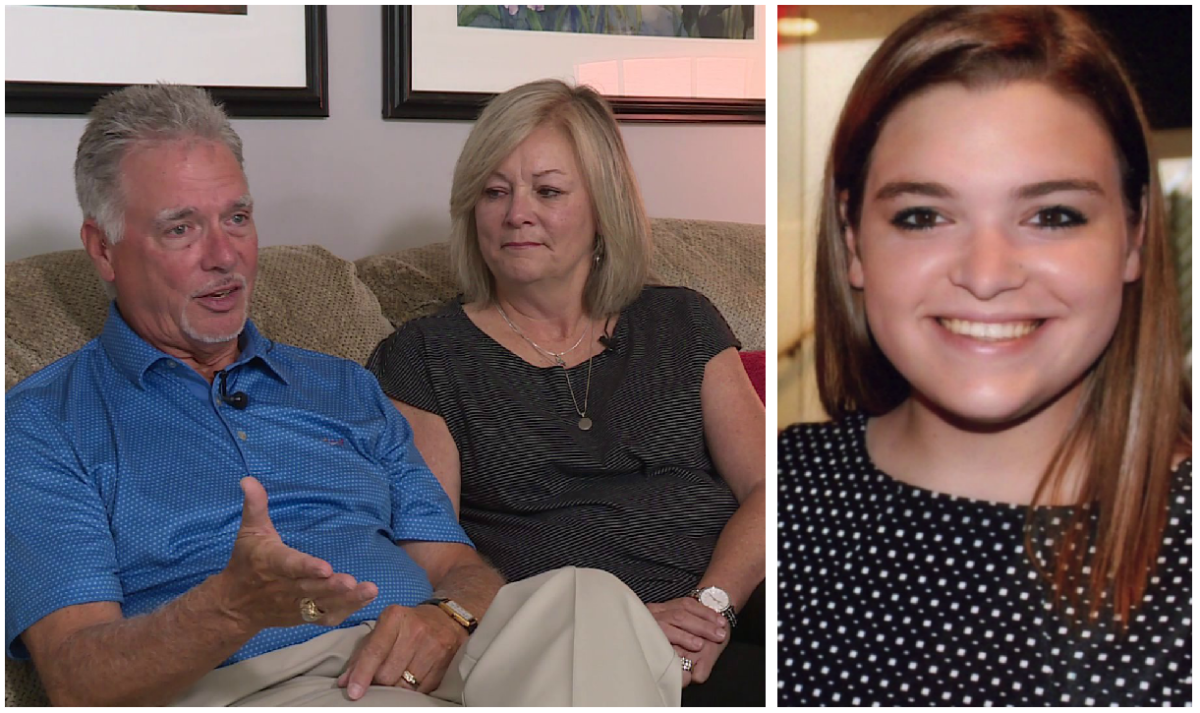 Posted at 03:27h in Fentanyl, First Responders, Overdose by admin

MECHANICSVILLE, Va. — The hurt never leaves Seward and Ann McGhee, and August marks two years since their daughter, Dillon McGhee, died of an overdose due to fentanyl-laced heroin. The couple has since made it their mission to “do good” in their daughter’s memory, an effort that resulted in a change to state law that stops the practice of prosecuting people who call 911 when another person is overdosing.

“Dillon’s Law” took effect Monday and eliminates the requirement that someone who is reporting an overdose to police must “substantially cooperate with law enforcement in any investigation of any criminal offense reasonably related to an overdose” in order to avoid prosecution.

“While we’ve lost our daughter, if we can do anything to help someone else, it’s worth going through what we’ve gone through in her memory,” Ann McGhee said.

When Dillon overdosed in August 2017, the homeowner where she was using put her body in a closet in his Chesterfield home and refused to allow authorities inside to help. The McGhees are sure a quick call to 911 could have saved their daughter.

About a year after her death, Seward and Ann began working with State Senator Ryan McDougle (R-Hanover) to craft Dillon’s law.

“What could we do to save another family from the hell we’ve been going through? And we started talking about the laws in Virginia,” Ann said. “So we thought, let’s change the law where someone can do a safe reporting.”

“We’re trying to think they need to take out this thing where somebody calls they can still be prosecuted. That’s not encouraging somebody to help someone,” said Seward, a former prosecutor in Hanover County.

Even some of Seward’s former colleagues initially opposed changing the safe reporting statute, but Seward said after their testimony in front of a Senate committee, those same colleagues contacted him to say they were changing their stance.

“Speaking to the Governor about our daughter and he even stated that felt this law was going to save a lot of lives, made us feel good and knowing that it’s in Dillon’s memory,” Ann said. “I really do, I think this law has the possibility of saving a lot of people.”

The McGhees said addiction is rampant across the country, citing statistics that show deaths from addiction outnumber gun violence and crash crash deaths now.  They hope to begin working with recovery groups, families, and young people to change the stigma surrounding addiction and addicts, since neither Seward or Ann noticed signs of Dillon’s struggle until she approached them asking for help.

“People don’t become addicted because they want to.  There’s a lot to this disease that people don’t understand,” Ann said.

People from other states have already contacted the McGhees about Dillon’s Law and how they got it enacted in Virginia. The couple plans to move to Florida soon, a state where they say safe reporting laws do not exist, something the plan to try and change.

While Dillon’s Law only changes 34 words of state code, the McGhees said its impact could be immeasurable for families of those battling addiction across Virginia and the country.

“Give an avenue for somebody to call and save a life, and if we can save one, it worked,” Seward said. “If we can get it all the way across the country, that would be wonderful,”

Dillon’s Law passed both the Senate and House of Delegates unanimously. You can learn more about resources available for those battling addiction here.