Why fentanyl must be designated a weapon of mass destruction 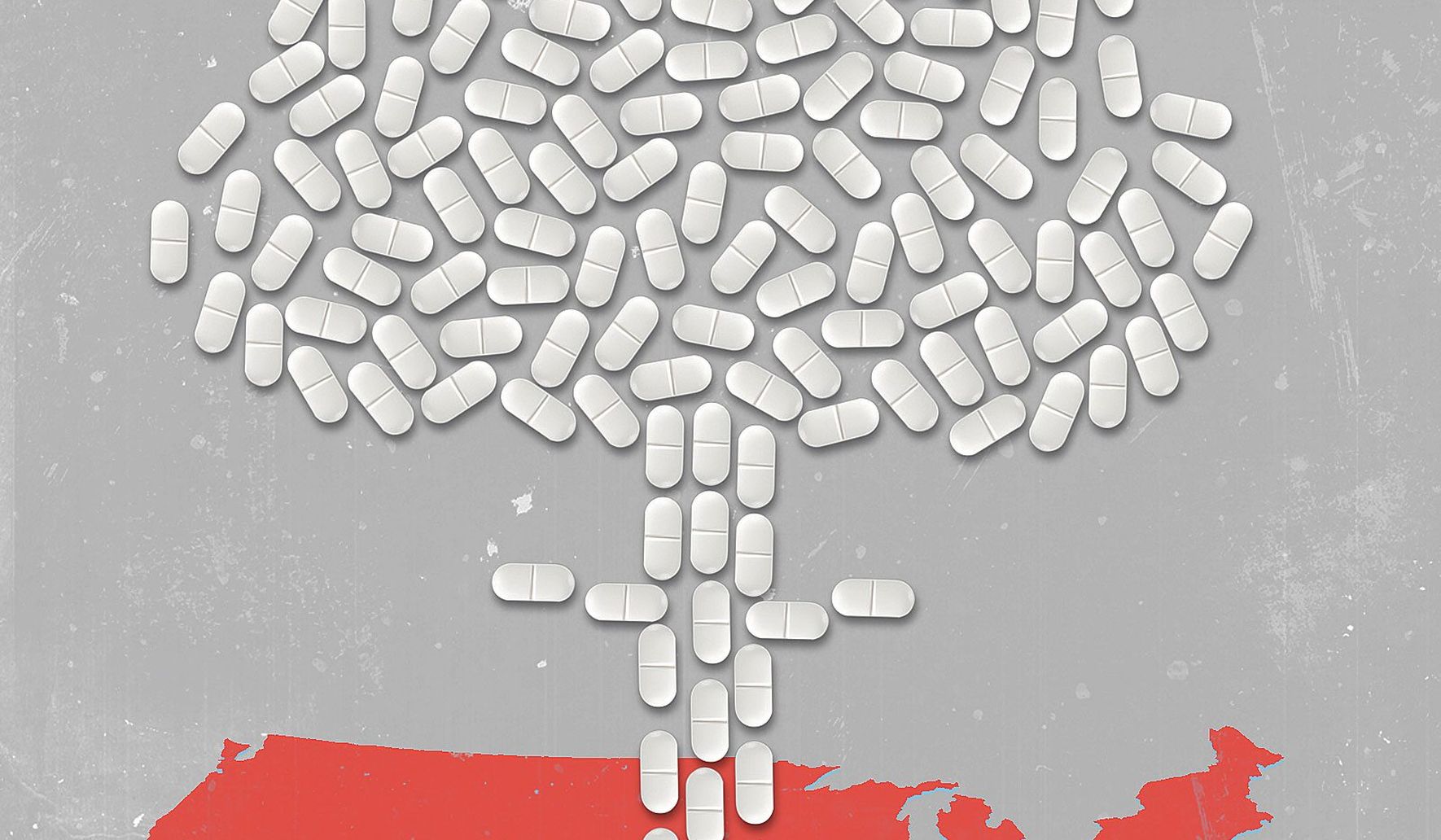 Posted at 01:02h in Fentanyl by admin

As recently reported in The Washington Times, the Department of Homeland Security is considering designating the opioid drug fentanyl as a weapon of mass destruction. We view this as a viable decision and one that may be overdue; but doing so will require both an enhanced accuracy of terms and conditions and an acceptance of responsibility to act once such a declaration is made. Fentanyl’s potency is without doubt: It is approximately 100 times more powerful than morphine and 50 times more potent than heroin.

To date, the number of Americans who have died from opioid overdoes not only approaches 100 times the number of American fatalities in the 9/11 attacks but also surpasses all direct U.S. combat deaths incurred during World War II, and fentanyl overdoses strongly contribute to that number. Several months ago, authorities seized about 234 pounds of fentanyl in Nogales, Arizona, a supply estimated to be enough to kill more than 100 million people.

Recent estimates purport that there is enough fentanyl in the United States to kill every American numerous times over. The opioid impact is also economic. For example, in 2015 the opioid-related U.S. taxpayer cost was reported to be approximately $5,04B, an amount greater than that year’s Department of Defense budget. In this respect, the threat to our economy, public health and national security is clear and present.

The majority of fentanyl in the United States is illegally smuggled from Mexico, and China is playing a profound, albeit subtle role in providing Mexican cartels with the chemical ingredients required to synthesize fentanyl and its derivatives. The Mexican cartels are illegally moving drugs — as well as people — across our southern border, and in doing so, are preying upon our current social, political and economic vulnerabilities and volatilities.

This begs the question: If China is allied with the cartels for moving drugs into the United States, might these other vulnerabilities also be “targets” for China’s disruptive engagements? And, if so, toward what goals and objectives? Further, is China using the Mexican cartels as proxies, similar to the way the Soviets used Cuban forces in Africa and elsewhere during the Cold War?

Much of modern China’s national identity and political narrative is rooted in its so-called “Century of Humiliation” (mid-1800s-mid-1900s) which was a consequence of the West’s importation of opium from India into China. Reacting to this perceived national denigration and subjugation, China’s assumption of status as a — if not the — dominant global superpower involves a sense of payback to the West which is manifest across several vectors.

Keep in mind, however, that weapons are not only used in traditional warfare. By definition, a weapon is an instrument that can be utilized to leverage influence in a variety of ways. Increasingly, these ways are becoming non-combative (“non-kinetic”). For instance, the production, importation and distribution of lethal drugs are among several non-kinetic engagements that China effectively employs against the United States to disrupt, to diminish, and/or to destroy key elements of our national stability.

Yet, the history of America’s wars and longstanding military doctrine established by the Department of Defense have made conventional (“kinetic”) warfare the mode of engagement most familiar to both civilians and the military. When addressing, mitigating or preventing non-kinetic threats, especially those that occur during pre-conflict conditions, the principles and rules of kinetic warfare do not necessarily or appropriately apply.

Non-kinetic engagements often lack the grossly evident destructive outcomes of conventional warfare. They also are not intended for “destruction” in the classic sense but rather can and should be regarded as weapons of mass “disruption” to destabilize nations, societies, populations, and balances of power.

Since economic, cyber, precision biochemical, psychological and narcoterrorism engagements do not readily fit into the U.S. model of warfare, they often remain unrecognized, and if and when identified, prove difficult when determining type and proportionality of response. If the recipient nation “does nothing,” then the destructive effects of the non-kinetic engagements increase, and the adversary becomes even more emboldened.

If the recipient nation responds combatively, such actions may be viewed as overly aggressive and may, in fact, incur justifiable retaliation from the nation waging the non-kinetic activity. This creates a “grey zone” of hostility, influence, and effect, which, under current conditions and criteria, can be seen as an undeclared — if not un-declarable — asymmetrical war of intent and will.

And this is precisely the point. In his treatise “The Art of War,” Chinese philosopher Sun Tzu states that the truly victorious achieve victory before going to war or secure victory without ever having to go to war at all. Indeed, the Western warfare concepts of von Clausewitz, and the Augustinian precepts that guide “just war” and “just conduct in warfare” do little to directly respond to a non-kinetic or undeclared war.

The void between kinetic and non-kinetic threats warrants closure if we are to effectively counter the full range of unrestricted engagements currently being executed with disruptive, eventually destructive, and inarguably devastating consequences. As the title of this article indicates, this is a clandestine conflict America is losing — but why? We propose three main reasons:

Second — Adroitly, our adversaries keep engagements clandestine and short of a U.S. kinetic response. They want us to remain unaware and/or complacent until the time for conducting kinetic warfare is to their advantage.

Third — Our adversaries recognize that our rigidity of institutionalized processes and thinking inhibit and/or prevent timely responses. Further, resulting from our lack of imagination, creativity, and foresight regarding non-kinetic engagements, we have no sense of urgency and a delayed hrecognition of the threats.

Based upon the aforementioned points, we advocate designating fentanyl as a weapon of mass destruction/disruption. But this is merely part of a larger response to a growing problem. By addressing our existing shortcomings and recognizing the opportunities for developing clandestine non-kinetic offensive capabilities and defensive counter-measures, we can seize the initiative and begin winning in this domain. As former Secretary of State Henry Kissinger warned, “History punishes strategic frivolity sooner or later.”

L. Rick Bremseth is the senior Special Operations Forces (SOF) adviser for CSCI, Springfield, Va. He is a retired U.S. Navy captain, (SEAL). James Giordano is professor of neurology and biochemistry and co-director of the O’Neill-Pellegrino Program in Brain Science and Global Law and Policy at Georgetown University, He serves as Donovan senior fellow in biowarfare and biosecurity at the U.S.Special Operations Command.

The Washington Times welcomes your comments on Spot.im, our third-party provider. Please read our Comment Policy before commenting.