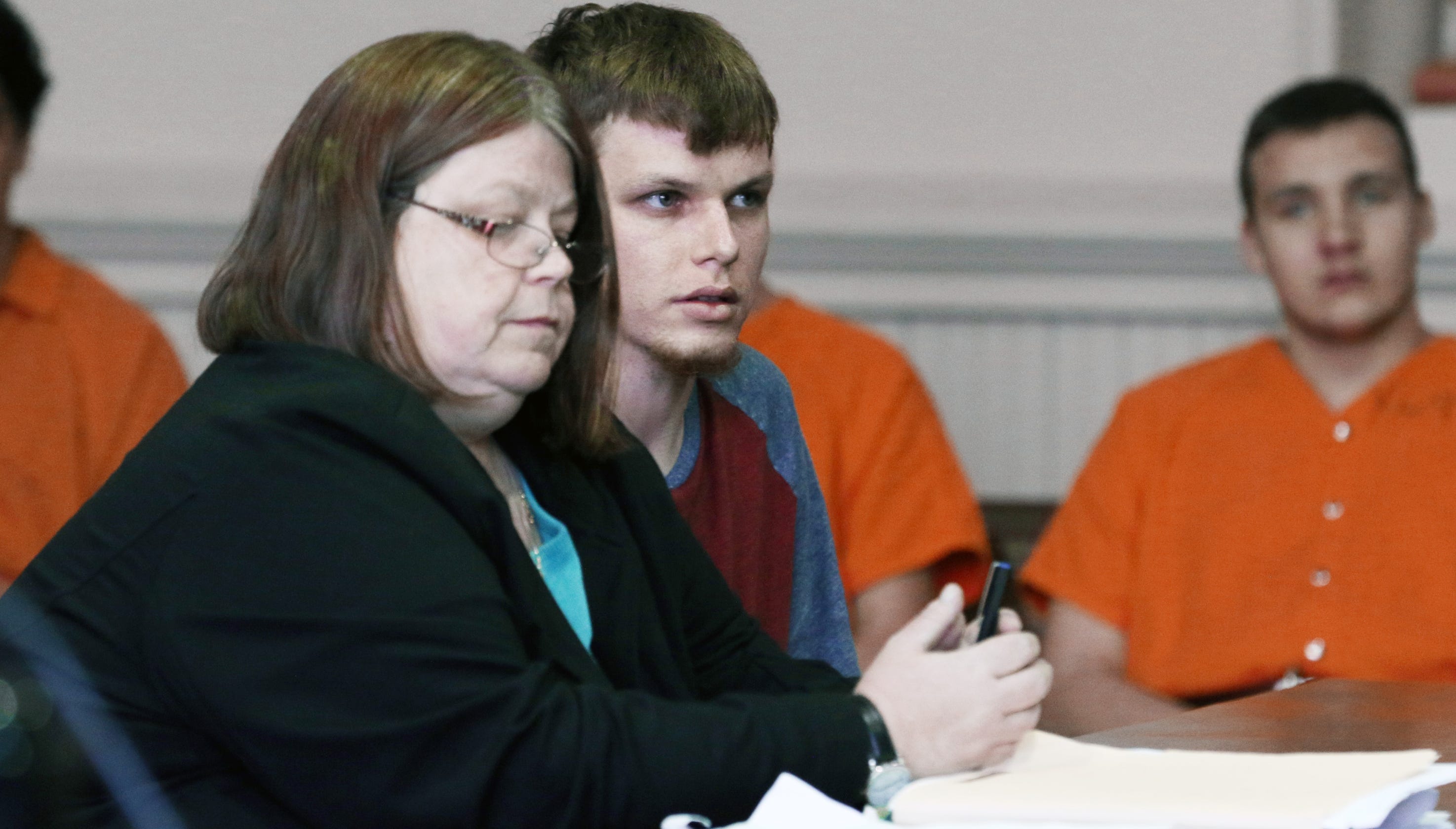 Posted at 22:39h in Fentanyl, Overdose by admin
CLOSE

Dustin Groff listens during his hearing in Muskingum County Common Pleas Court this week. Groff was sentenced to a year in prison for attempting to retaliate against his aunt who was scheduled to testify against him in a separate case out of Perry County. Those other charges were dropped. (Photo: Chris Crook/Times Recorder)

ZANESVILLE – A Somerset man crossed the jurisdictional line when he solicited an inmate to beat up his aunt, and landed in Muskingum County Jail.

Dustin Groff, 29, was facing multiple drug trafficking charges, including a first-degree felony, in Perry County when he wrote a Muskingum County inmate asking her to “slay” his aunt, Stephanie Groff.

Judge Kelly Cottrill sentenced him to 12 months in prison for attempted retaliation this week.

“You were facing some very serious charges in Perry County,” Cottrill said. “Those charges were dismissed because an essential witness was not available to testify.”

The grand jury also indicted Stephanie M. Groff, 27, of New Lexington on one count of aggravated trafficking in fentanyl with a juvenile specification, a third degree felony, and one count of corrupting another with drugs, a second degree felony.

The charges stemmed from a May 4, 2017, drug overdose on Reading Township Road in Somerset, that claimed the life of 34-year-old Megan N. Lyons.

According to the Perry County Sheriff’s Office, deputies found Lyons unresponsive in the bathroom of the home. They administered both CPR and NARCAN in attempt to revive Lyons until Somerset EMS arrived on scene. Lyons was then transported to the Fairfield Medical Center in Lancaster, where she died two days later.

The Fairfield County Coroner’s Office determined that Lyons’ death was a result of an overdose of a mixture of fentanyl and Acetl fentanyl. With the cooperation of the Lyons’ family, detectives with the Central Ohio Drug Enforcement Task Force and the Perry County Prosecuting Attorney’s Office investigated the circumstances of Lyons’ death and identified Dustin and his aunt, Stephanie, as the people responsible for providing Lyons with the fatal drug.

At the time of his arrest, bulk quantities of heroin were found in Dustin’s possession.

It was while waiting for his hearing in this case that Dustin sent a letter to an unidentified Muskingum County inmate asking her to beat up his aunt so she would not testify against him in the Perry County case. Stephanie was being held in Muskingum County Jail due to lack of space in Perry County.

No action was ever taken and the letter was intercepted by authorities.

However, due to the absence of the state’s key witness, the Perry County charges against Dustin were dropped.

On March 13, Stephanie pleaded guilty to the Perry County indictment and was sentenced to two years in prison.