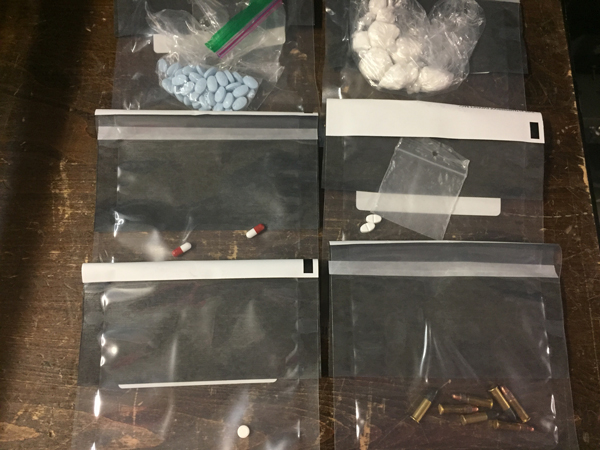 Posted at 01:50h in Fentanyl, First Responders by admin

A 27-year-old woman is facing drug charges after cocaine, fentanyl and buphenepherine pills and ammunition were found in her residence.

The Integrated Street Enforcement Team (ISET) conducted a search at a home in the 100 Block of 11th Street West at about 9 p.m. Tuesday. Officers found 21.2 grams of cocaine inside the residence, along with fentanyl and buphenepherine pills, baggies, a scale, a cell phone, bear spray and ammunition.

Just after 7 p.m., a man wanted on outstanding warrants was tracked down with the help of Police Service Dog Jeb. Officers responding to a weapons complaint tracked the man to the back yard of a home in the 200 Block of 9th Street East, where the man was hiding.

He was found with a sawed-off .22 calibre rifle, ammunition, two cell phones, 11.6 grams of meth, a scale and baggies and almost $400 in cash. The 29-year-old man has been charged with weapons offences and possession of a controlled substance.

Officers also arrested a 20-year-old man on a robbery complaint Tuesday following an incident in the 300 Block of 13th Street East.

Officers were called to a home in the area at about 6:30 p.m. after a woman reported being robbed. Officers made an arrest minutes later. According to police, the victim and suspect are known to each other.