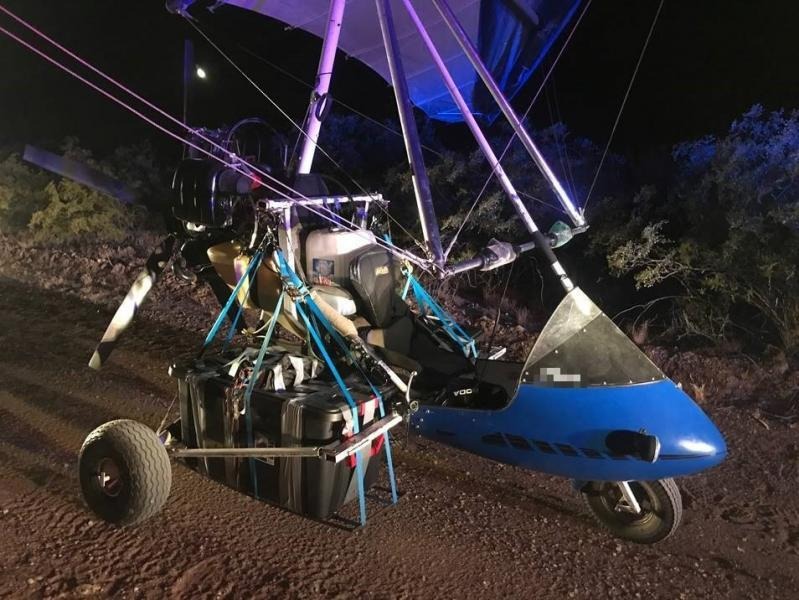 25 May ULTRALIGHT AIRCRAFT LOADED WITH $500,000 IN DRUGS SEIZED AT UNITED STATES BORDER

Posted at 18:07h in Fentanyl by admin

Border Patrol agents in Tucson, Arizona seized a modified ultralight aircraft and its illicit cargo of nearly $500,000 in methamphetamine and fentanyl on May 23.

The drugs and aircraft were seized and transported to the Nogales Border Patrol Station, where testing confirmed the packages contained over 143lbs of meth and over 200 grams of fentanyl, with a value of $500,000.

A federal helicopter crew and Border Patrol agents conducted an exhaustive search of the area, but did not find the presumed pilot of the ultralight aircraft.

Transnational criminal organizations use a wide range of techniques to smuggle both humans and narcotics into the United States.